skip to main | skip to sidebar

It has been 20 years since his contentious Supreme Court confirmation hearings, but Robert H. Bork, it seems, is back.

Somehow, the 80-year-old conservative judge, author and intellectual has managed to land in the spotlight several times this month. On June 7, the tort reform crusader who has derided the 'lottery-like windfalls' in civil lawsuits, filed a $1 million lawsuit of his own against the Yale Club of New York City after he slipped and fell while stepping up to a club lectern to deliver a speech....And today, from 9 a.m. to 7 p.m. EDT, Bork was feted by the Federalist Society. The event, attended by about 200 people at $100 a head, included speakers such as Reagan Attorney General Edwin Meese and University of California at Berkeley professor John Yoo.

The mood was jovial.

Bork's current affairs were officially ignored by most speakers, but attendees -- a dark suit and pantyhose bunch -- couldn't help whispering about the latest adventures of the man whose name has become, as Meese put it, "a noun, a verb and an adjective." Federalist Society president Eugene Meyer joked that he'd had a passing worry the guest of honor might be wary of speaking in ballrooms for fear of his past injury rate. When George Priest, who took over Bork's antitrust class at Yale Law School, admitted that Bork routinely said horrible things about Yale, and "has now added the Yale Club" to his list, he got a muted chuckle from a clearly uncomfortable crowd. How do you respond, exactly, when your hero has seemingly committed public hypocrisy by embracing the civil lawsuits he once opposed?...

"Bork was savaged because he was honest," said Jonathan Turley of George Washington Law School. "His hearings were refreshingly truthful, direct and substantive," the opposite, as he sees it, of the "contentless" confirmation of John Roberts, who Turley described as looking as though he were "raised hydroponically in the basement of the White House."

To say that recent confirmation hearings have been a disingenuous travesty (witness recent Supreme Court decisions) is not to say that on the merits, Bork should have been confirmed...unless your worldview is that of the Federalist Society.
Posted by Alan Jay Weisbard at 9:27 AM 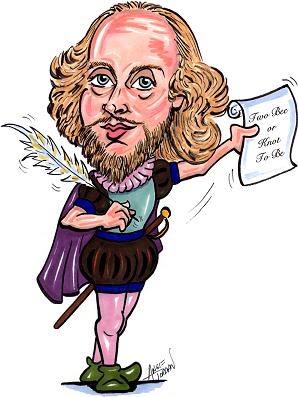 The raison d'etre of this blog is twofold: first, to promote thoughtful, reflective discussion of issues I care about, and second, to provide a vehicle to give vent to MY self-indulgent and egomaniacal tendencies (that is to say, not necessarily to yours).
I have generally been disappointed in the quality of comments, particularly anonymous ones, on most blogs that I have encountered. Most typically, they shed far more heat than light; in some cases, they have ignited firestorms. Accordingly, at least early on (and until I acquire more technical skill, savvy, and experience in blogging), I will not permit anonymous posting and will moderate all comments before they appear.
Preference will go to comments that I (in my sole and unreviewable discretion) consider especially thoughtful, reflective, and constructive to advancing understanding. (As a frequently rejected author of letters to the editor, I have now successfully internalized the aggressor.) Wit counts. Points of information (asking or providing) are also fine. And, at least until my ego is adequately sated, assuming that to be possible, I may choose to publish otherwise dubious rave reviews, expressions of agreement, and mash notes.

On Times and Revisions

Until I get the hang of this, I reserve the right (lawyer that I am) to affix phony times to my postings, so that messages line up in the right order (not necessarily truly chronologically), and to make revisions in prior postings (to cope with my chronic inability to let anything go before I have revised it into oblivion). This way at least something gets posted, and I can always disappear it (at least from those who don't know the tricks of finding it, which so far includes me).